On the weekend of 1st to the 4th July 2012 three Eastern Saints players, Mirella Di Cesare, Jack Williams and Huey Smith gained state colours in the 2012 East Coast Challenge in Melbourne. The Victorian Schools Waterpolo run competition saw the South Australian girls and boys facing 6 other state teams from Queensland, New South Wales and Victoria. In the boys comp the South Australian team exceeded expectations and finished a strong 5th overall. Both Jack and Huey scored for their SA team with 3 and 10 goals respectively, supporting wins against Victoria White and Queensland White. In the Girls competition Mirella and the South Australian team came 7th in a very strong field. The SA squad did however win convincingly against Victoria White in the playoffs and Mirella scored in that match to bring her tally of goals for the competition to 3.
The Club is extremely proud of their state reps (and their parents) and hopes that they and others will continue to represent their club state and even at some point their country. WELL DONE. 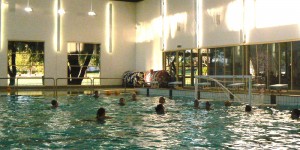 🚨KAP7 ARE COMING TO ADELAIDE 🚨 These school

Massive congratulations to all of our junior athle

Don’t miss out on the last training for term one

Reminder that there is NO TRAINING this Monday 14t

Nail biting game for our 17&U ladies! With scores

Awesome effort from our 17&U boys who played their

To all of our female players, parents, coaches, re

Great first outing for our 12&U group! They played

🎉 Massive congratulations to our very own @tahl

Great back to back wins from our girls teams this

Smiles all round with water polo training resuming

Only one week to go before training and games resu